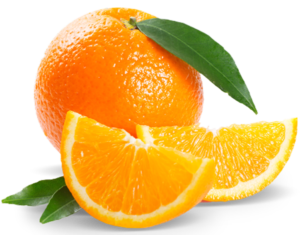 Orange is the typical winter fruit, it scent and its warm, warm color warm even the coldest days. Is the source of excellence in vitamin a and b. it’s a good part of these delicious requirement of vitamin c, which is important for strenghthening the immune system and preventing annoying coolness. Orange is an original fruit of the citation and was introduced in Europe by the arabs before and by the Genoese then in. I was back in the 14th century, although there are roman- era writing that speak of oranges cultivation in sicily. Of this fruit in addition to being consumed fresh, many uses are made, from its peel extracts an essential oil very used in the pharmaceutical industry and in the chemical industry to aromatize detergents. It is also highly appreciated in the kitchen in the preparation of sweets or seconds or in fresh and tasty salads. Finally the food industry uses it in every part of it, from squeezing it is obyained at the base of manu confectionery preparations.

Orange is an evergreen tree, blooms in march and can produce up to 500 gruits per year that are harvested from October to may. There are many varieties, the most common are the Navel ( with the characteristic navel at the bottom) with all its many variants and red in the variants of the black, tarocco and sanguinello.

Legend: ■ Harvest and sale of orange

We use cookies to ensure that we give you the best experience on our website. If you continue to use this site we will assume that you are happy with it.Ok